My Angry Birds Photos – Games Angry Birds has been a very popular gams thesedays, this game has download and played by a millions users from all of the world. This is interesting game which players use a slingshot to launch birds at pigs stationed on or within various structures, with the intent of destroying all the pigs on the playfield. Well, if you want to know which of your Facebook’s friends who’s role play of the Angry Birds games, then Facebook app named My Angry Birds photos allowing you to find them. This app is just for fun to share with your friends on Facebook. You can choose your friends or you can randomly. You can see the screenshot below how it looks like: 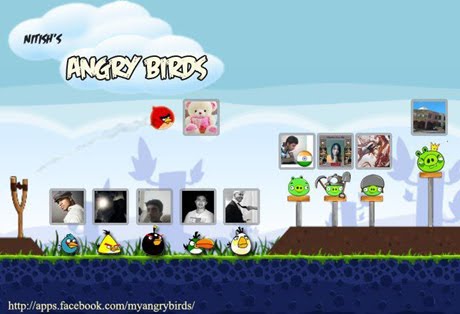 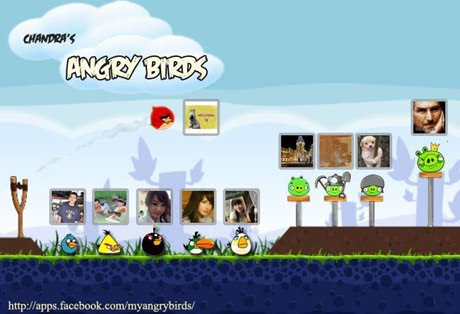 Choose your friends for each of the birds/frogs.. Let them know which character they take up in your angry birds, and create yours at

Please dont give a